You have hustled hard throughout all those years of your formal education. And now you need a job   that justifies those years of burning the midnight oil. Hence, we bring to you our list of the  Top 10 Highest Paying IT Jobs for the year 2021.   Also, consider that the rankings of this list has been decided not just on the average salary   but also the salary range and the number of job openings for each and every job. So keeping that   in mind, let's get started. 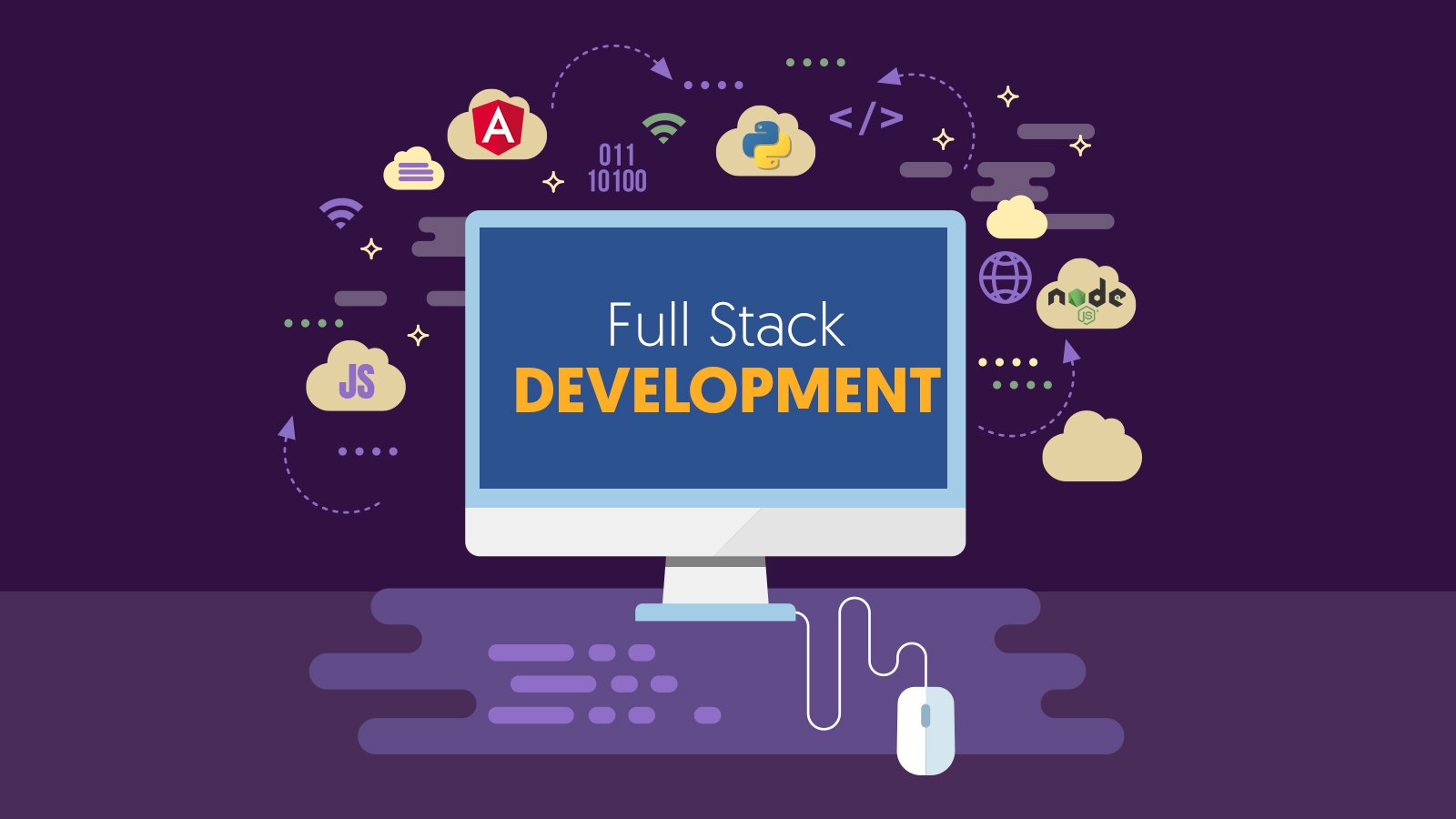 Starting off our list we have the Full Stack Developer. Now, Full Stack  Development might overwhelm anyone. After all, you have to learn way more than an average  front-end or back-end developer. Also you have to keep learning throughout your career life cycle to   keep up with the growing trends in technologies. Now to become a full-stack developer, you need   to have certain skills. Starting with the basics of web development, API development and database   technologies. Apart from these, you also need to have hands-on experience in technologies such as   React JS, Node.js, Angular and MongoDB. Luckily, for you Edureka's Full Stack Development program   has all of these technologies covered in ample depth. Now, having so much knowledge comes with its   set of benefits for starters top-notch companies such as Wipro, IBM, Infosys, Tech Mahindra, Tata   and Cognizant are all hiring full-stack developers with an average salary of 112,000 dollars  in the U.S and nearly 9 lakhs in India. 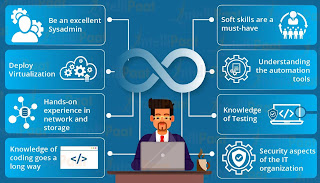 At number nine we have the DevOps Engineer. Now,   the DevOps Engineer introduces the team to different tools, technologies, methodologies and practices   throughout the software development life cycle, I'm talking about coding, deploying, maintaining,   and updating the app in an organization. Now, to become a DevOps engineer you need   to have certain skill-set in place. Definitely proficiency in coding and scripting is one of   them. Apart from these you need to know tools such as Docker, Jenkins, Git, Kubernetes and Puppet   A key skill to have is also having the knowledge of Operating Systems such as Unix and Linux all of this for an   average salary of 114, 000 U.S dollars or 21 lakhs depending on your geography and expertise. Now,  top-notch companies such as SAP, MacAfee and Oracle are hiring DevOps engineers, but to achieve all of   this you need to have a very structured learning approach towards DevOps. Edureka's DevOps training   programs, will give you that approach so that you can become a certified DevOps practitioner.   It will also provide  you with hands-on experience in all the tools and technologies, which will take   you towards your goal into landing these dream companies.

Next on our list we have   the Data Scientist. Now, data scientists allow companies to make smarter business decisions   every day. It's no surprise, companies rely on data scientists and their expertise to figure   out trends and patterns in the market and convey crucial business insights to their clientele,   which is why data scientists perform a pivotal role in any company. Now, to become a data scientist   you need to have a certain skillset. Starting off with a strong grasp on statistical analysis   as well as a command over programming languages, such as Python, R and SQL. Apart from that you also   need to know Database technologies and let's not forget a strong business acumen and data  insight. All of this can be provided to you through the various data science programs offered by   Edureka. Now, as a data scientist you get an average salary of 133,000 USD in the   US and nearly 18.2 LPA in India by companies such as Mu, Sigma, Visa, Netflix and Google. 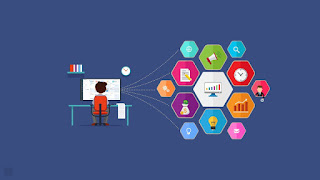 Next, we have the Market Intelligence Analyst. The consumer marketplace is ever growing and evolving   as businesses try to keep up and engage their customers, they try to look into the market   research to form informed business decisions. Now, this is where these analysts come in. Simply put,   a Market Intelligence Analyst basically tells these businesses what products do people want in   the market and how much are they willing to pay for them. Now in a broader scope of this career   these people examine market conditions for a certain potential product or service and for   this, they need a very specific skill set including Search Engine Optimization, Pay-Per-Click Marketing,   content marketing, email and mobile marketing, conversion, optimization and web analytics.   Now, companies such as Etsy, eBay Walmart and Amazon are ready to pay an average salary of   136,000 USD or 13.1 LPA in India. Now, if you are digging into this and researching this   particular job role for your career, chances are you already have a certain skill set for the job.

At number six, we have the IT Program manager. Now, an IT Program Manager   is a strategic project management professional whose job  is to oversee and co-ordinate all the  technical aspects of a project. Now, in essence they basically initiate a project, track its progress   and help in troubleshooting. In case issues arise they typically coordinate the efforts   of the development team, stakeholders and external vendors when it comes to a certain project of an   organization. While also scheduling tasks and timings and making sure that deadlines are met now,   while no company in this day and age can function without an IT Program Manager, there are a few who   are hiring heavily for this position, this includes Google, Standard Chartered, Boeing and Accenture for   really high average salaries of about 136, 000 dollars in the US and nearly 16 lakhs in India.

At number five we have the Software Architect. Now, Software Architects design, develop and implement   software systems and solutions for a company. They basically determine new tools and processes to be   adopted by the dev team to produce high-performing software solutions. Now, depending on where you   work, you might have to create software systems from scratch or incorporate new technology into   already existing pipelines. Apart from that, you also are expected to bridge the communication gap   between your Dev team and your managers and occasionally create custom solutions for your   clients. It is reckoned to get hired for this job role that you get certified in either one of the   programming languages such as Java, PHP, C++ and SQL.  Now, your role basically consists   of converting software characteristics such as security, scalability and manageability into a   streamlined structured solution which aligns with your company's, business and technological goals   and for that you shall be rewarded highly with an average salary of 139,000 in the US and nearly 21lakhs in India from high paying companies such as Nvidia, Dell, Intel, Microsoft and JP Morgan.

Moving up on our list we have the Network Security Engineer. Now, a Network Security Engineer is somebody   that protects your computer networks from threats and attacks. So if this quarantine season, you want   to quarantine the virus, malware and spyware in your computer network, these professionals are   some people you should be reaching out to. Now a network security engineer typically conducts   investigations in your computer network, to seek violations and policy breaches in them. They also   conduct penetration testing, set up security standards for organizations as well as encrypt   and set up firewalls, to protect sensitive data. Now, to become a Network Security Engineer, you need to   be well versed in certain topics, including data and network security, obviously operating systems.   Apart from that you also need to understand risk management methods and have hands-on experience   in testing and encryption tools. Now, there are certain companies who pay as high as  $143,000   in average in the US and 26 Lakhs in India. These companies are top-notch companies, such as,  FireEye, Hacker One, IBM and Cisco, with that we move on to the top three of our list.

At number  three we have the Data Engineer. Now, Data Engineer is responsible for connecting all the pieces of   the data ecosystem of an organization. They are responsible, for acquiring, assessing, auditing   and processing data from different applications, building data pipelines as well as maintaining   database architectures in several companies. Now a strong foundation in software engineering   and programming equips these data engineers to give companies the tools which will lead them to   success. Apart from that, they also have to be proficient in big data processing frameworks,   real-time processing frameworks, database architectures, ETL, query languages, as well as a sound understanding of Operating Systems like Linux or Unix. Companies such as MacAfee, Walmart,   and Ernst &amp; Young are all paying high salaries such as 144,000 US dollars or 16 LPA in India.

At number two, we have the Cloud Architect. Now, Cloud Architect is somebody that is responsible to   take all the requirements of a cloud-based project and turn it into an architecture or design that   will guide the final product. Oftentimes, they are also expected to bridge the gaps between   business problems and cloud solutions so as a cloud architect you need certain skills such as   an understanding of an OS like Unix or Linux, cloud security, cloud architectures and understanding of   vendors such as AWS, GSP and Azure. Edureka has a wide variety of programs which will make you   proficient in cloud computing and add to your cloud computing experience and boost your resume,   companies such as Google, Amazon, Microsoft and HTC pay as high as 155,000 US dollars   to cloud computing experts and 16 LPA in India.

With that, finally we are at the top of our list  at number one we have Artificial Intelligence &amp; Machine Learning Engineers now what do they   do they build and test AIML models of course! It's that simple, but is it? AI has reached a point today,   where it can surpass the human decision making, more accurately consistently 24 /7   and based off of more facts which is why AI and ML Engineers are on top of the game. As they are   the ones leading the path into our future. But you need a certain skill set to be an AI ML engineer.  We can start out by learning essential math and statistics and follow on by learning a   programming language with a rich library of statistical packages such as Python and R.   You also need to know the tools and technologies involved in Machine Learning, Deep Learning and   Neural Networks. Now are you a little worried,   I wouldn't be Edureka offers a variety of different   AI and ML training programs which are curated to be your stepping stone in your career path and   there are companies brilliant pay masters such as Google, Uber, Facebook, Instagram and Twitter paying   an average salary of 171,000 US dollars or 20 lpa in India to AI and ML engineers.

Now there are   a few other job profiles ,which we just couldn't end our list without mentioning. I'm talking about   Blockchain Engineers, Enterprise Architects, RPASolution Experts, and Data Warehouse Architects. Now,   these job profiles also pay quite handsomely and have a huge, huge demand. So I really do hope they   land a spot on our list the next year. With that, I come to the end of my list for the Top 10 Highest   Paying Jobs in the year 2021. Kindly leave us with your suggestions in the comments section below.  With that, I conclude my list.